Demilitarized Zone tour .Truong Son  Cemetery located on Ben Tat Hill, next to Highway 15, belonging to Vinh Truong, Gio Linh district, far Dong Ha city about 38km north-west. Truong Son Martyrs’ Cemetery is the eternal resting place of soldiers who have sacrificed on the Ho Chi Minh trail during the anti-American. This is a most massive with high art of gratitude work, showing a deep compassion in mind, faith and gratitude to honor the secret of the Party, army and VN people for solider  all over the country who did not spare blood and fight for the cause of liberation and unification. Truong Son Martyrs ‘Cemetery is not only a place for martyrs’ families, the delegation of the Party and State and local governments to visit and gratitude

08h30 ( Anytime ) Our private car with driver pick up at hotel ( location ) ride to DMZ area ,on the way we will stop to visit :
Lang Vang Church : La Vang Church in Hai Lang District, Quang Tri Province is not only for Catholic pilgrims, but also for tourists to admire the beautiful architecture and find some peace for their soul.
Vinh Moc tunnel : During the Vietnam War, esp. between 1968 and 1972, Vinh Moc found itself in what the USA had designated “free fire zones”, where anything that moved was treated as a legitimate target. Constant carpet bombing by B-52s made life above ground impossible. So while some inhabitants fled, others dug in.Thus a whole village was relocated underground at Vinh Moc. Using only primitive tools, a network of some 2 miles (3 km) of underground passages was dug out. The heavy clay earth made it possible to dig deep into bomb-proof levels. The inhabitants only ventured outside to tend their fields (or what US bombing had left of them). Village life otherwise continued in the tunnels, which were comparatively comfortable

Hien Luong Bridge and the Ben Hai River will be an enduring symbol of the everlasting desire for peace, national independence and reunification.The Geneva Agreements on Vietnam signed in 1954 divided the country into North and South Vietnam at the 17th Parallel where the Ben Hai River runs through the central province of Quang Tri. The temporary division was only expected to last two years, but in fact it stood for 21 years through the great struggle for national reunification.Throughout this prolonged period, the Hien Luong Bridge in Vinh Thanh village in Vinh Linh district of Quang Tri province became a symbol of division, expectations and the pain of loss.

The bridge represents the desire for national reunification. The soldiers and people of Quang Tri, and all of Vietnam, struggled bravely, loyally and heroically, leaving behind glorious pages in the history of the fight to achieve the current national independence.

Khe Sanh Combat Base : The 1968 Battle of Khe Sanh was the longest, deadliest and most controversial of the Vietnam War, pitting the U.S. Marines and their allies against the North Vietnamese Army. Both sides have published official histories of the battle, and while these histories agree the fighting took place at Khe Sanh, they disagree on virtually every other aspect of it.

In an unconventional war without conventional front lines, statistics became the most critical measure of progress. The most controversial statistic in Vietnam was the number of killed in action (KIA) claimed by each side. If a battle tallied a sufficiently favorable body count ratio, American commanders declared victory, as they did after Khe Sanh. A closer look at the Khe Sanh body count, however, reveals anything but a straightforward matter of numbers.Khe Sanh is a village located near the Laos border and just south of the Demilitarized Zone (DMZ) that separated North and South Vietnam. As early as 1962, the U.S. Military Command–Vietnam (MACV) established an Army Special Forces camp near the village. The Americans wanted a military presence there to block the infiltration of enemy forces from Laos, to provide a base for launching patrols into Laos to monitor the Ho Chi Minh Trail, and to serve as a western anchor for defense along the DMZ. 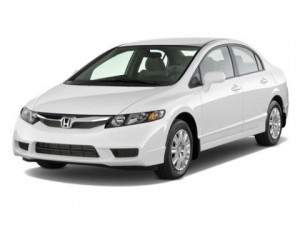 Comments of our guests